Interview: How Does Basf Antwerp Approach Corrosion Under Insulation (Cui)

During a webinar in September 2022, we interviewed Robin Guldentops, Asset manager ESP/IL at BASF Antwerp in Belgium on how CUI is experienced and dealt with at the world’s largest chemical producer. You can read the interview here in this article. 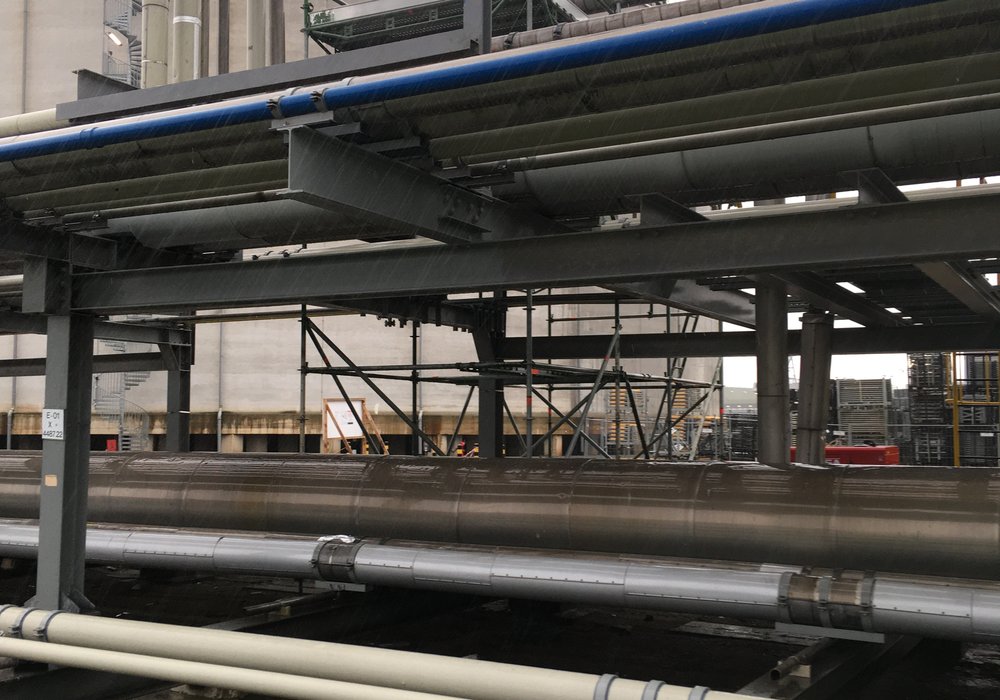 - How do you experience CUI (corrosion under insulation) at BASF? Is this something that happens a lot?

Robin: “Many cases of CUI have become known in recent decades in the overall industry. At BASF Antwerp we encountered our own share of CUI cases, which led to a growing awareness that a total approach is needed to tackle this hidden threat. This is something we carry out throughout all the levels of the organization.

It is a complex process which is influenced by all phases of the asset lifecycle. So, all stakeholders from engineering, construction personnel, operators and maintenance personnel must be aware of this influence and have an adequate training to mitigate CUI during the respective phase of the asset lifecycle. At BASF, we focus on relative aspects of design and construction as well as maintenance and inspection.

We have already come a long way. We started a renovation campaign back in 2014, when we completely renovated every pipe on our pipe racks. So, we made a big reactive move and are now aiming to prevent CUI by use of a total approach throughout the life cycle of the asset. But I must admit that we still experience cases of CUI, even in later stages, that remained undetected with the current approach.”

- How did you test for CUI up until about six months ago? What were the methods BASF already tried? And, also important, where were the shortcomings in the previously commonly used monitoring methods?

Robin: “Without going too much into detail, we have an inspection program for CUI, where we

- And then CUI-CONTROL came on the market. And you, Robin, were the early adaptor to test this new technology within BASF-Antwerp. Which type of pipe or pipeline did you choose as the first pilot case?

Robin: “We opted to test the CUI-CONTROL system on a length of 250 m on an MDI pipeline, which had been recently inspected and is prone to CUI. This would allow for a decent comparison between our current inspection method and the CUI-CONTROL system. For added A/B testing purposes, we used this same trajectory in a similar testcase with another sensor. So, it gave us an opportunity to compare the results of both technologies at the same time.”

- What were the expectations from the maintenance team when installing CUI-CONTROL?

Robin: “The idea was really promising, and we were hoping for a proof of concept, but we kept a critical approach. We were curious to see if there were certain similarities or differences in the results between our current approach and the CUI-CONTROL system.”

- Did it require a lot of manpower from BASF to install & operate?

Robin: “The fiber of the pilot case was installed by Fluves. Minimal guidance from BASF was required. It was mostly limited to some practical details.”

- And how would you describe the results Robin, once the system was fully installed?

Robin: “Speaking for my team, the results exceeded the expectations of all the people involved. The system was able to indicate potential danger zones which were left undetected with the current inspection techniques because from the outside there was no indication that moisture was likely to collect at those locations. In addition, the provided computer dashboard gives us a clear overview of the degree of risk at CUI in real-time.”

- Did you need to provide input (measurement data, other?) for the system?

Robin: “Actually, we did not provide any process data. Because there are some cases in which that data is not completely accurate or may vary. And for us it is important to know that the system can detect anomalies in any operating condition. And it proved it could.”

- What are the plans to further roll out CUI-CONTROL within BASF?

We believe that building a total approach is important to tackle this hidden threat CUI. And the CUI- CONTROL system can serve as a big layer to this holistic approach that we aim to implement. We believe the system can provide added value to our current approach and we are currently setting up a plan to expand this CUI-CONTROL system on our most critical pipelines.

Thanks a lot Robin to let us have an insight in how BASF Antwerp combats CUI, the hidden threat of the industry.

More info on CUI-CONTROL can be found here or here.